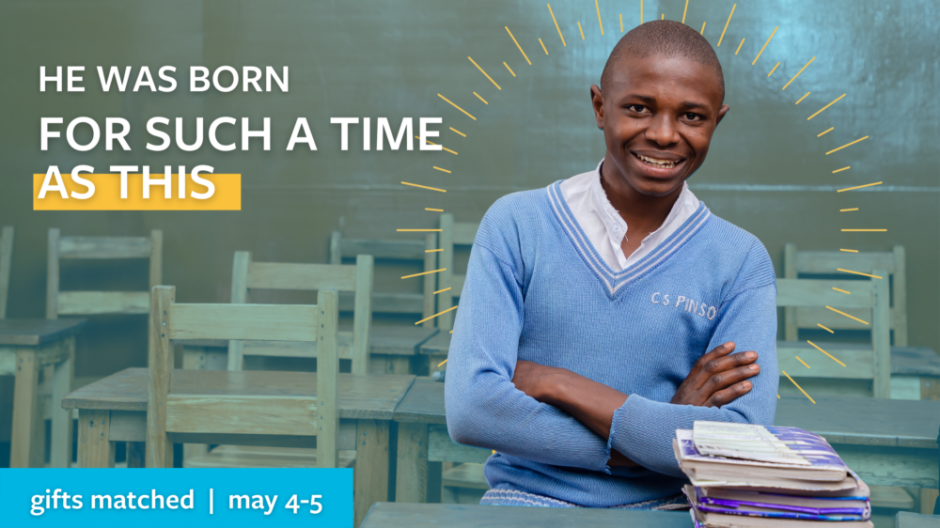 Join us in giving healing & hope to 204 war-affected youth. Your generosity provides the care they need  — art-focused trauma care, discipleship, education, safety, health, and so much more.

These child survivors of war — future leaders for peace — were born for such a time as this! (Esther 4:14)

In the book of Esther, we learn about a young girl named Esther, who was orphaned. Not to be left alone, her cousin, Mordecai, took her in and raised her as his own. Because Mordecai stepped into the story, Esther had the care and support she needed. Who knows what would have happened without his support? Because someone cared, Esther not only survived… she thrived. She would later become a queen, and God would use her to save his people!

Her story inspired the Esther Fund – which provides safety, essential care, and education to children orphaned by war who are in need of sponsorship.

The Esther Fund not only provides what each child needs today… it sets them up for brighter futures. Each has the potential, like Esther, to impact their communities and nation!

Prefer to give by mail?

*To be matched, donations must be postmarked on or before May 5th.