When God’s grace meets the selfless dedication of our teams overseas and the faithfulness of partners just like you, hope abounds in the stories of thousands of child survivors of war. While their restoration warms our hearts, we must remember that not every story has the same hope-filled ending. What happens when the story doesn’t end in sponsorship?

Step Into The Story…Sign Up

Like so many others her age, Laura’s story begins with child-like wonder and dreams of one day becoming a nurse just like her mother. Then one night, everything changed. 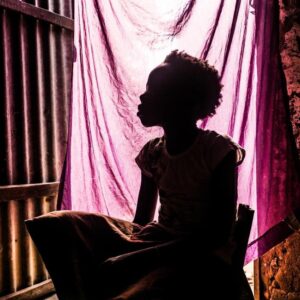 Laura lost both her parents to the horrors of war in the blink of an eye. Her hopes for the future were ripped from her small hands as a new weight was thrown on her shoulders —  surviving in a war-torn nation with rebel activity occurring all around her. Orphaned and exiled to the streets at only nine years old, her life would never be the same…

Alone and terrified, Laura searched desperately for someone to care for her, but quickly realized she had nowhere to turn. All the care centers in her community were full, and no shelters were available.

Cast to the streets and neglected. Beaten and abused. Sexually assaulted and left for dead time and time again… This was never meant to be the story of any 9 year old girl…

What started as a brisk afternoon walk home ended in severe beatings and a weapon in his hands. Abducted at only age 10, Dominic was tortured and brainwashed as he was forced to train with the Lord’s Resistance Army (LRA), one of the largest and historically most violent rebel groups in the DRC and Uganda. 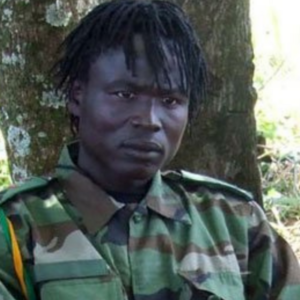 After weeks of brutal beatings and training, Dominic and two young boys attempted to escape. The boys were immediately caught, and Dominic was forced to skin one of the boys alive as a warning against future escapes.

Conditioned to cruelty and desensitized to death, Dominic spent the next thirty years climbing the ranks and commanding the LRA — raiding communities, assaulting and attacking families, and capturing hundreds more children to serve as soldiers.

Dominic was detained by the United Nations in 2014, and after years of review, the International Criminal Court found Dominic guilty of over 60 crimes against humanity, including murder, rape, torture, and enslavement. For the first time in history, Dominic was charged with the same crimes of which he was also a victim…

Though heartbreaking, their stories are not uncommon. Generation after generation, violence will continue until someone steps into the story.

Much like Laura and Dominic, we have 14 children currently in dangerous situations desperately in need of sponsorship. Without a sponsor, these children are likely to end up on the streets or in the hands of rebel commanders. We ask you to prayerfully consider stepping into their stories and changing their futures forever.

Starting at $38/month, YOU are providing war-affected youth with…