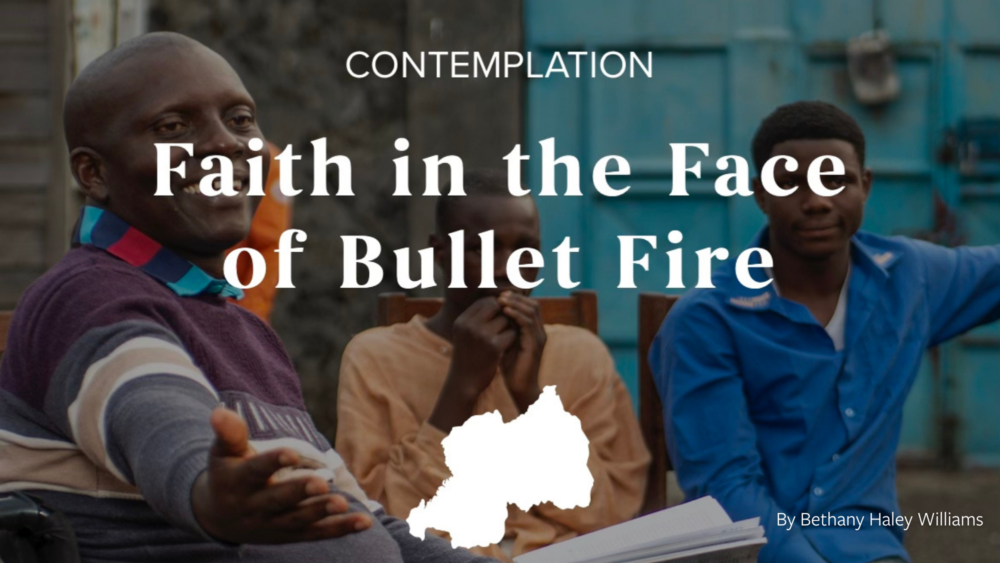 What Happens When Steadfast Faith Collides with Wartime Trauma?

First appeared in the February Globe Issue of Christianity Today

“Deep breaths, Beth.” I repeated the words as I stood above the hospital bed. “Deep breaths.”

I had met Joseph Ndekezi 12 years earlier when my life had already profoundly changed. Experiences of trauma in my own life, as well as my PhD in Psychology, had led me to participate in trauma healing initiatives in a war zone. Children in the Democratic Republic of the Congo, some as young as six years old, were being ripped away from their families and conscripted into local armies. They suffered horrible abuse, including beatings and rape, and the extraordinary psychological trauma of being forced to kill. As I returned to the United States, I began to imagine what it might look like if these children, who had seen the worst of war, might find peace in themselves and bring peace to their people.

I had been praying for an African teammate who might share the same vision of redemption for Congo’s war-affected youth when I met Joseph. He was already providing care to rescued child soldiers, many who no longer had homes or could never return to them. He took the children people had cast aside as too broken, too wounded, and demonstrated the love of God. Since he saw them as image bearers of Jesus, they began to view themselves in the same way.

We dreamt together of what might be. What if children shown the horrors of war might grow up to bring those horrors to an end? What if they might not only heal from their trauma, but transform their pain into purpose, to teach peace and forgiveness?

So, we began building Exile International in Congo. We started with 25 survivors of war, using the creative arts to help them process their experiences. There are now over 2,000 youth in our programs, which include trauma healing, peacebuilding, and leadership development.

But none of that would have been possible without the wisdom, vision, and love of Papa Joseph, our steadfast one. Papa Joseph, whose body lay in ruins before me.

Standing over his hospital bed felt like an out-of-body experience, except my stomach twisted and churned. I felt that part of my body perfectly well.

We were in the intensive care unit at King Faisal Hospital. Every conversation repeated the distressing words, “rebel ambush,” “bullet,” or “paralysis.” Our African team was exhausted, traumatized, and yet somehow full of faith. I felt like a faithless child in their presence, learning from spiritual giants.

The ambush had taken place a few days before. Joseph, two counselors, and a driver were returning home after providing art-focused trauma care and holistic rehabilitative care to rescued child soldiers and children orphaned by war. The purpose of this visit was to welcome new war-affected children into our sponsorship program. When the program concluded and the group made their way home, the long dirt roads led to a violent roadblock reception.

It happened in the thick of the jungle, between Karumba village and the Congo base. Three rebel militia stepped out of the trees and onto the path of the vehicle. They lifted their AK-47s, and suddenly the air was filled with chaos. Amid the gunfire, the smoke, and the shouting, Joseph was struck five times. The bullets damaged his lung, broke his bones, and paralyzed him from the waist down.

The militia robbed our team and stole away. It was clear Joseph’s life was in danger and he needed immediate care. As the team members rushed to get him medical attention, the damaged vehicle sputtered and died. They frantically arranged another car, and dealt with another interruption when a tire burst. Finally the team arrived at the nearest hospital, three-and-a-half hours after Joseph had been shot. The following day he had been transferred to the best hospital we could find for spinal cord injuries, in Rwanda, as I flew on a whirlwind of emotions, logistics, and prayer across the Atlantic. 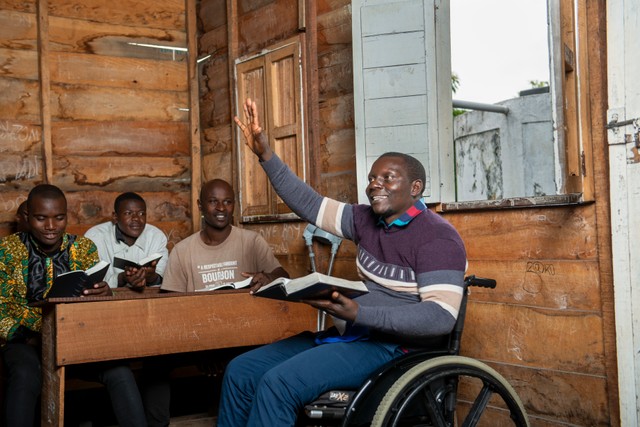 If you are inspired by God’s faithfulness in Joseph’s story, we invite you to share it with your friends & family today!–