Did you know that Child Soldiering is Child Trafficking?

According to the United Nations, human trafficking is defined as:

“the recruitment, transportation, transfer, harbouring, or receipt of persons, by means of the threat or use of force or other forms of coercion, of abduction, of fraud, of deception, of the abuse of power or of a position of vulnerability or of the giving or receiving of payments or benefits to achieve the consent of a person having control over another person, for the purpose of exploitation. Exploitation shall include, at a minimum, the exploitation of the prostitution of others or other forms of sexual exploitation, forced labour or services, slavery or practices similar to slavery, servitude or the removal of organs.”

The kidnapping and soldiering of children around the world are major contributing factors to modern-day slavery and human trafficking.

Approximately 250,000 children are currently serving as soldiers – abducted and enslaved, caught in the cross-fire of rebel militant groups. Girls and boys at young as 8 years old are taken from their homes, forced to fight and participate in atrocious acts of war and violence… sometimes against members of their own family under threat of being killed themselves. Apart from fighting, they may be forced to participate in suicide missions, act as spies, porters, messengers, or lookouts. Girls may be forced into sexual slavery. Many are abducted or recruited by force, while others join out of desperation, believing that armed groups offer their best chance for survival in a country in poverty. A staggering 30% of children abducted are young girls who are forced into sexual slavery – unable to escape.

Now is the time to shed light on child soldiering!

By sharing these resources, you are using your voice to amplify the voices of the 250,000 children in the world today caught in slavery from war. We need YOUR HELP to end child soldiering and child slavery. Together we can do more!

Your gift to Exile contributes to a future free from child trafficking and soldiering. Give now to a future filled with hope and healing for young and vulnerable girls and boys across the world.

Give to a future free from Child Soldiering! 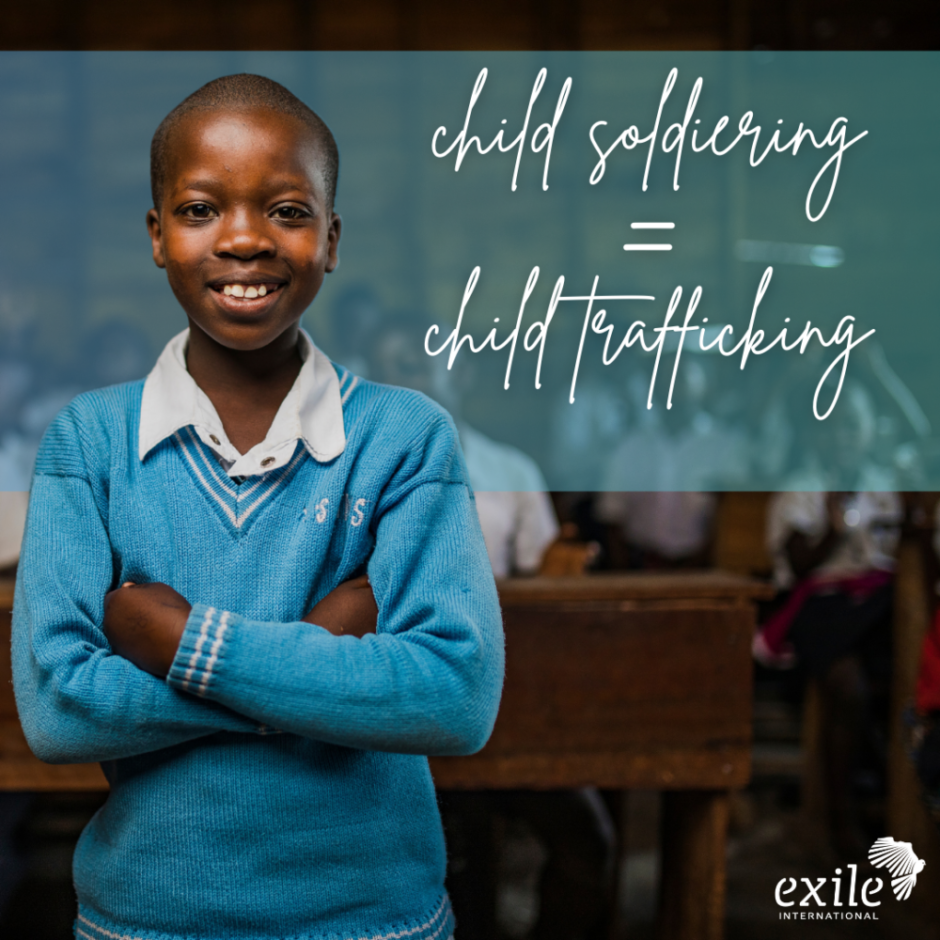 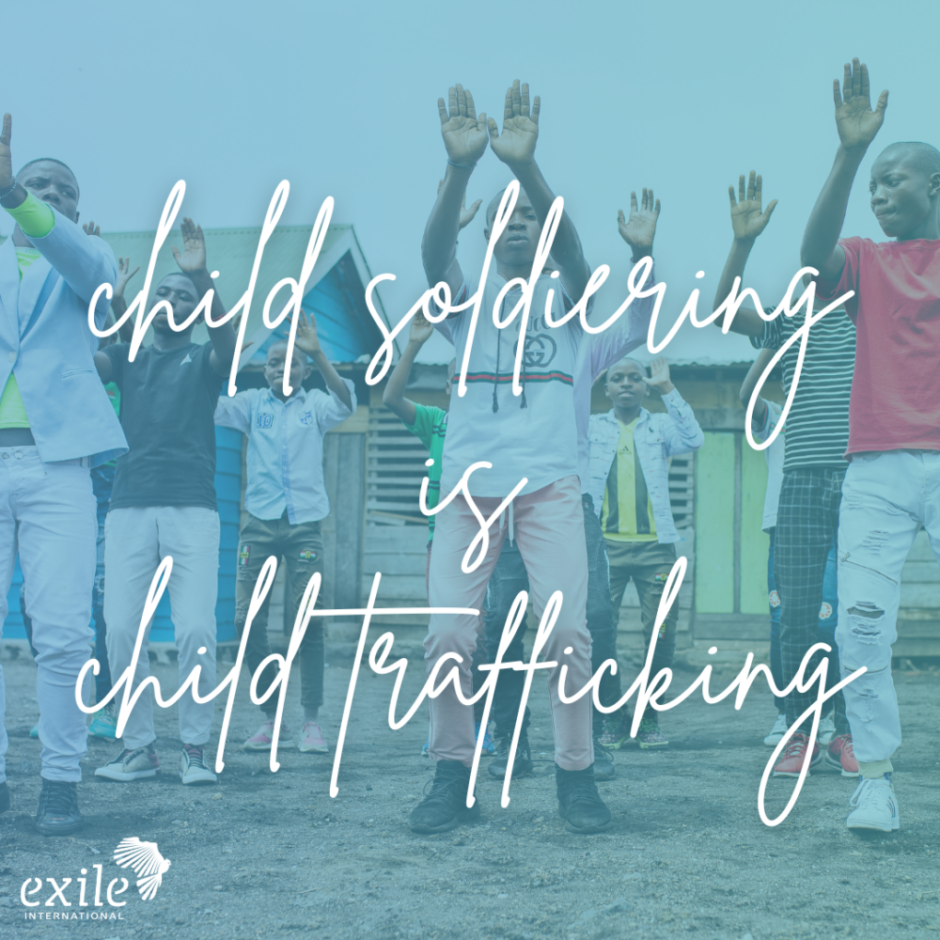 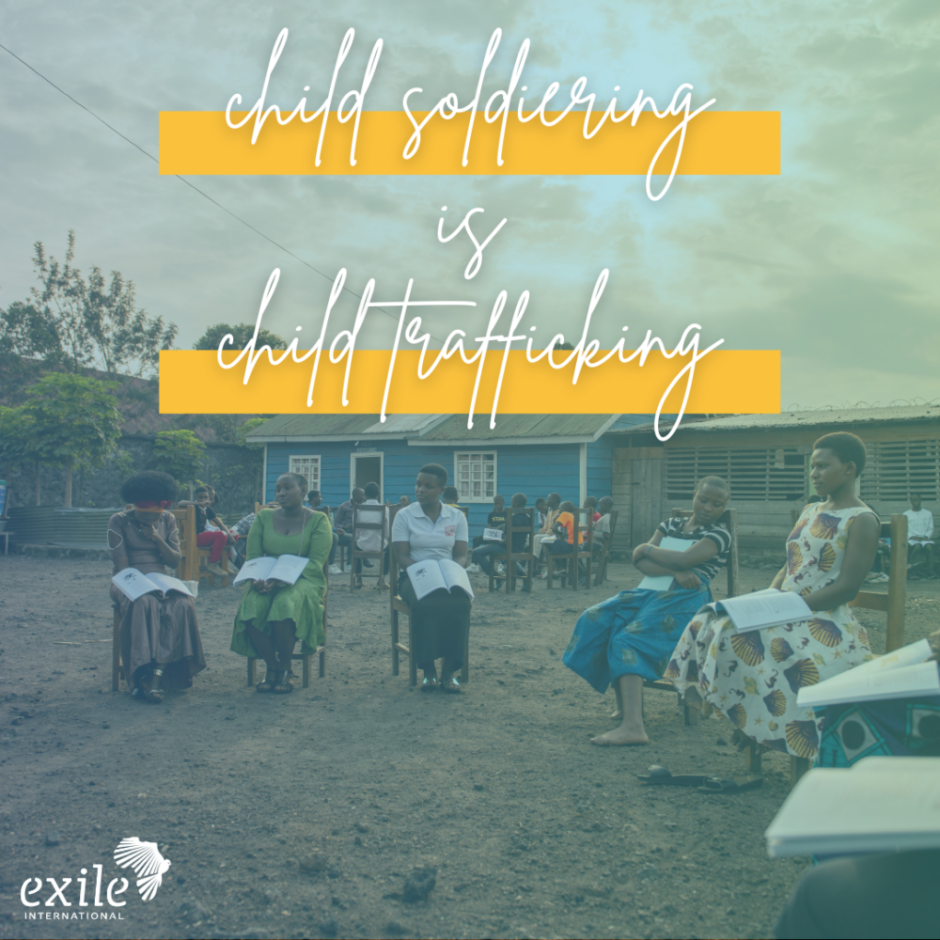 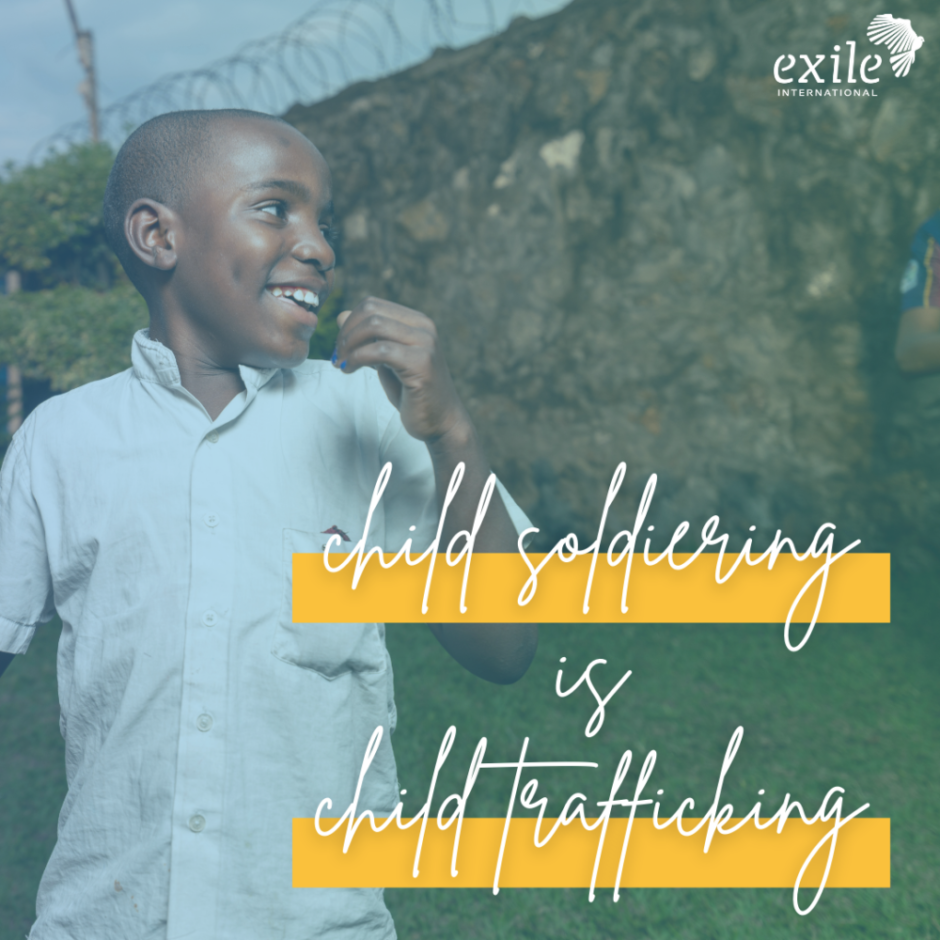 Learn more about how child soldering is child trafficking: https://www.opensocietyfoundations.org/voices/fight-against-human-trafficking-child-soldiers-get-ignored