Alex is an incredible overcomer at nine years old. As a young boy, circumstances forced him to live on the street. He joined other children who were already there. Life was not easy. Alex endured cold nights, hunger, violence, and the dangers that come with life on the streets.

Many children live on the streets in DRC because of the ongoing conflict. There are not many reliable statistics on the numbers, but ReliefWeb reports that “Officially, the government estimates that 500 children are living on the streets…, but the actual number could be much higher, since many of them prefer to hide during the day and only come out at night.” Children like Alex join these numbers out of desperation, not choice. They move to the streets when there is nowhere else to go.

One Person Makes a Difference

Because he was so young and new to this group of children on the streets, a woman working nearby selling food began to take notice of him. She witnessed how he was bullied and mistreated by the older boys in this group of street children. She decided to befriend Alex and take him to meet her pastor.

This pastor knew about Exile’s Trauma Healing Center, so he made the introductions and recommended to our staff that Alex join. We were able to welcome him in and are so thankful for these two individuals who noticed this precious boy and chose to take action!

When Alex joined our program, he was very traumatized and violent. He had learned to be scrappy and fight to survive on the streets. Through our 3 tier, curricula-based model, he received psychosocial care, was assured of safety, and was shown love and affection. Now, Alex is a changed boy who loves to play soccer with others. He has found a safe and loving place to grow at Exile and we love having him here! 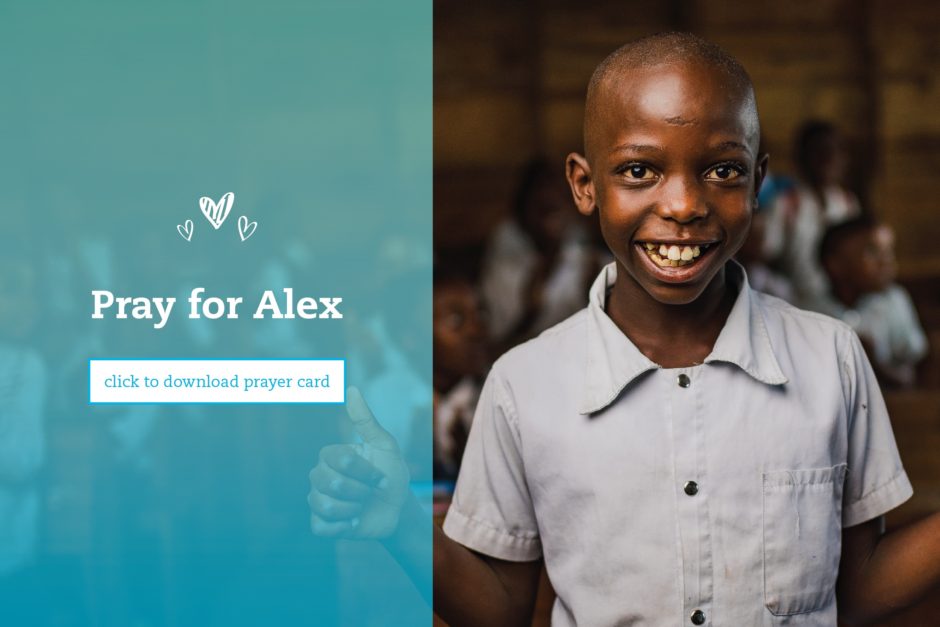 Sponsor a child!  Pray for Alex

4,900+ child survivors of war have received the care that they need. Partner with us to provide rehabilitative care for 14 war-affected youth by February 14th – Valentine’s Day!