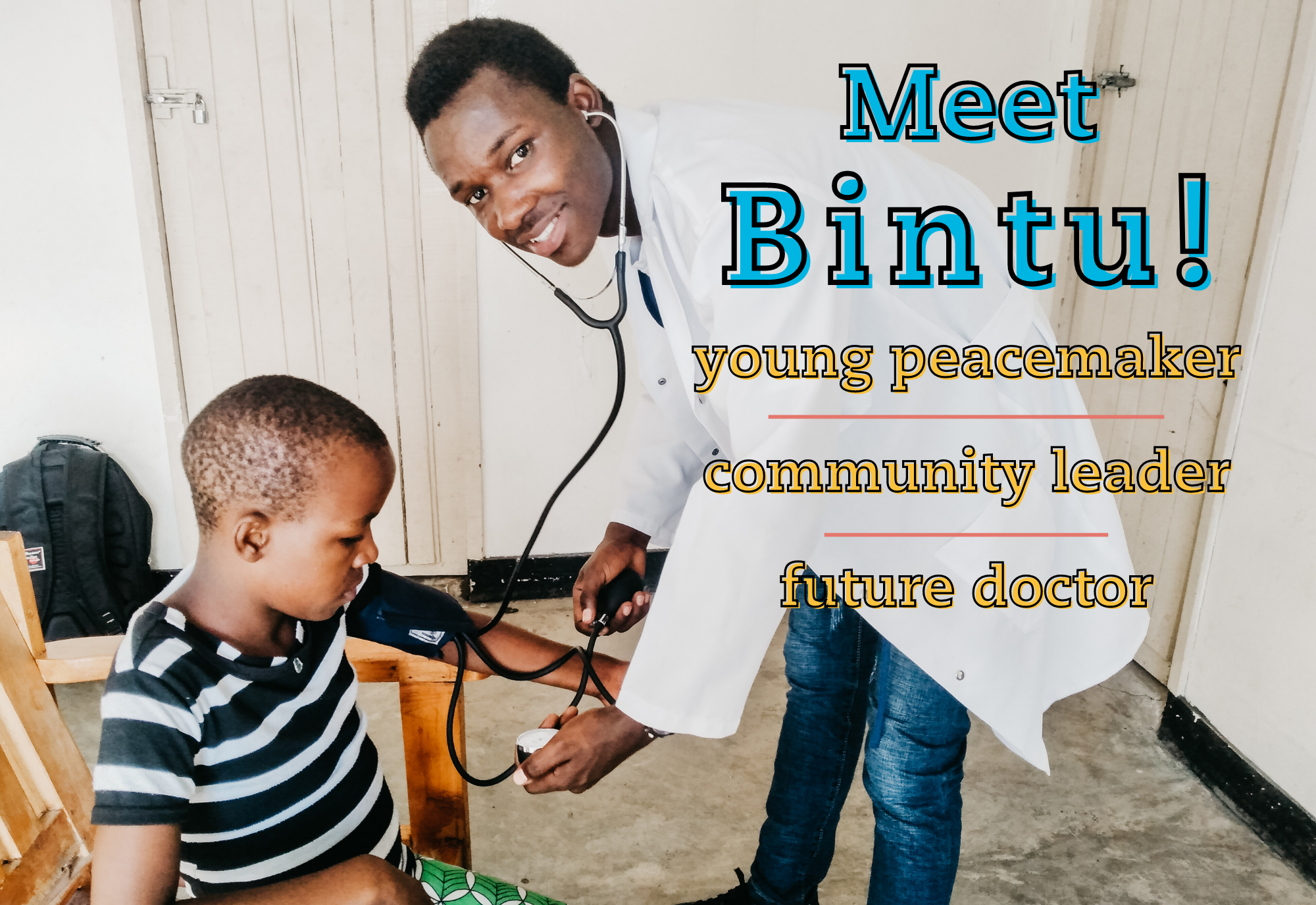 While at school one day, 13-year-old Bintu was forced to join the rebel militia. After one week of military training at their headquarters, the commander took Bintu to be his bodyguard. Bintu was forced to loot, kill, and vandalize. Bintu was traumatized by witnessing torture and atrocities committed against peaceful citizens.

By God’s grace, Bintu escaped this militia. After running to a nearby village, he was sent to Exile International for psychosocial rehabilitation. Bintu’s heart and spirit received healing under Exile’s care. He most benefited from Exile’s art-focused trauma care program, leadership development, and discipleship. These activities along with the love and support from the staff at Exile helped Bintu in his journey toward rehabilitation.

Bintu is now an ambassador of peace in the community. He loves singing Gospel music. Bintu is currently in university and is studying to become a doctor to help care for others in his community!

You are providing war-affected youth with…