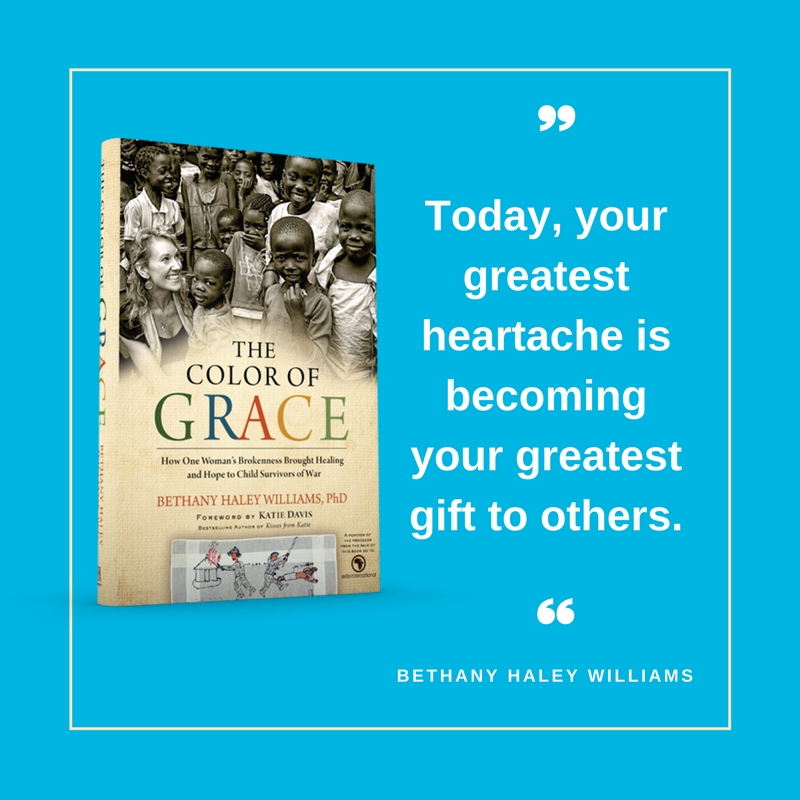 “Andrew, who had been in the Congo program for years, spoke for the group: ‘Momma Bethany, we have drawn our stories of pain and dreams before, but today we have decided to share our stories in a drama.’

Walking out of the tent, about twenty boys soon returned with AK-47’s made of corn shuck and bamboo, and with walkie-talkies they had carved out of wood. They had bandaged their heads with cloth as if they were injured, spattered red paint on their bandages to represent blood spots, and rolled small pieces of paper to mimic cigarettes. In minutes, as they reenacted their nightmares, their horror came to life. Some boys played the roles of rebel leaders and some played the roles of children. In the drama, they acted out being at school and being abducted, then went on to reenact being beaten, captured, taken to training camp, and taught to use guns for the first time. Next, the commanders taught the boys how to kill someone with a machete.

‘Now you are a man!’ the rebel commander shouter.

When the boys reenacted an ambush, the designated abductors shot imaginary guns—and the abductees dodged bullets, hid behind trees, or acted out being killed.

It was so real that, at one moment, I found myself hiding behind a bench in the tent! I felt as though I were in the middle of the Congolese bush, and in those few minutes, I tasted a tiny fraction of the world from which they had been saved.

Finally, they reenacted being rescued by MONUSCO and being taken back to safety. Everyone cheered and clapped.

After they finished, they sat down, and a young man named Shalom stood before the group.

‘I want to give God glory today.’ he said.

He told a story about the rebel commanders getting on the back of the child soldiers to cross a river because it was too deep for these men to cross by themselves. The commanders rode on the young boys’ backs until they got close enough to the other side that they could swim to land. But, in the process, many boys drowned under the weight of the commanders.

He finished with these words: ‘And I give glory to God for saving me until this day. Even me, I did not drown with the others, and I thank Jesus for saving my life.’

Shalom. His name fits him perfectly. His smile is bold, but his spirit is gentle. Two years after he said these words, he graduated from secondary school and finished the Young Peacemaker program at the Peace Lives Center. At the center, we do not call the boys and girls “former child soldiers.” They are given a new name: “young peacemaker.” They love their new identity and live it out each day. Using expressive art, song, and dramas, Exile’s counselor at the center leads the children through the Hope Initiative program twice a week, where they process their trauma, learn the power of forgiveness, and are taught conflict resolution and leadership skills. The change we see in these children is remarkable—especially in Shalom.

When the time came for Shalom to return home, all the children and youths gathered outside the center and formed a circle—singing for their brave brother, praying for him, dancing together, rejoicing as a family over what God had done in his life.

Shalom’s dream had been to return to his village and begin the first Village Peace Club, taking the tools he had been given involving trauma healing, forgiveness, and conflict resolution and sharing them with his peers back home. Once a boy soldier, he was now a young peacemaker returning to the very village from which he had been kidnapped. Now reintegrated into this community, he is teaching his peers and a younger generation about peace, forgiveness, and a new way of life following Christ. After a year of leading the Village Peace Club, investing life and hope in his peers, working and saving money for school, Shalom will begin university next month, as of this writing.

Sitting beside him as we drove into the mountains to his home was one of the greatest honors of my life. Not being used to riding in a car, he became carsick, so we stopped a few times along the way. He took this opportunity to show us where he once fought as a boy soldier. Sharing these stories was healing for him. With each one, the sense of freedom he seemed to feel in his heart became stronger and stronger as he released memories of a past life and an old identity. After getting as close as possible by car, we began the walk toward his home, with Shalom carrying a pack on his back and a new mattress on his head.

‘It is just there,’ he said with a radiant smile. ‘My home is right around the corner!'” 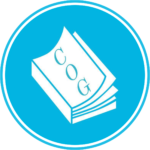 Purchase a signed copy of The Color of Grace here – only $10 all month long!