On May 22, Mount Nyiragongo erupted just outside of Goma, DR Congo — leaving a trail of lava that destroyed 17 villages and over 4000 homes.

I kept having flashbacks to 2012 when the children and staff of Exile’s Peace Lives Center found themselves at the geographic center of a battle between the government army and a large rebel force. With bullets and mortars flying overhead, our staff placed the children on the floor and placed mattresses over them to protect them. Mattresses and prayer were their only protection.

We felt helpless. No way to get them out. No way to stop the bullets. We were brought to our knees because the only (and most important) thing we had was prayer.

And so we were here again… May 2021. No buses were available to transport the kids, staff, and families out of the city. No way to safely evacuate on foot… logistically impossible because of instability throughout the region. No way to escape or flee for safety. 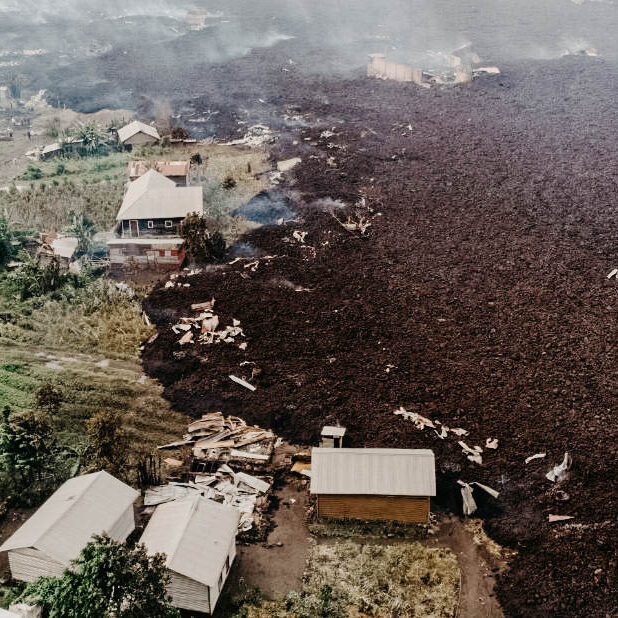 As the earth quaked and lava raced towards the city, we had only our knees, and our heart cries.  So we knelt, and we cried out to a God who promises to hear us. And waited, trusting only in Him.

The devastation is very real. But it could also have been so much worse (just as it was during eruptions in 2002 and 1977). But He stopped the lava before it could reach the densely populated city of Goma. We praise God for answering our prayers and sparing countless families!

Zawadi, an Exile counselor in Goma, said, “Somehow God gave us the peace to look the children in the eyes and let them know it would be ok. They were terrified. They were looking at us to see if we were afraid (and we were). But somehow, even while we feared the ground would swallow us up as hundreds of earthquakes shook the city or that the lava would destroy our homes… somehow God gave us the peace and trust to tell them it would be ok.”

And not only did we see the mercy and glory of the Lord… we saw the love of Christ.

We saw love in a staff member who took in and gave shelter to over 60 refugees in their home.

We saw love as our staff moved their families to Exile’s Peace Lives Center — sheltering together with Exile youth so that all would continue to be cared for. Despite the dangers, these staff chose not to flee. They stood guard, they provided care, and they oozed with the love of Christ.

We saw love in Joseph, Exile’s Congo Programs Director, choosing to stay. Joseph relies on crutches to walk and is in a wheelchair much of the time. With a second eruption possible and Joseph’s inability to run or move quickly, we felt he needed to get to safety. Despite encouragements to evacuate, Joseph chose to stay, saying: “I am not going until I know the children are safe.” 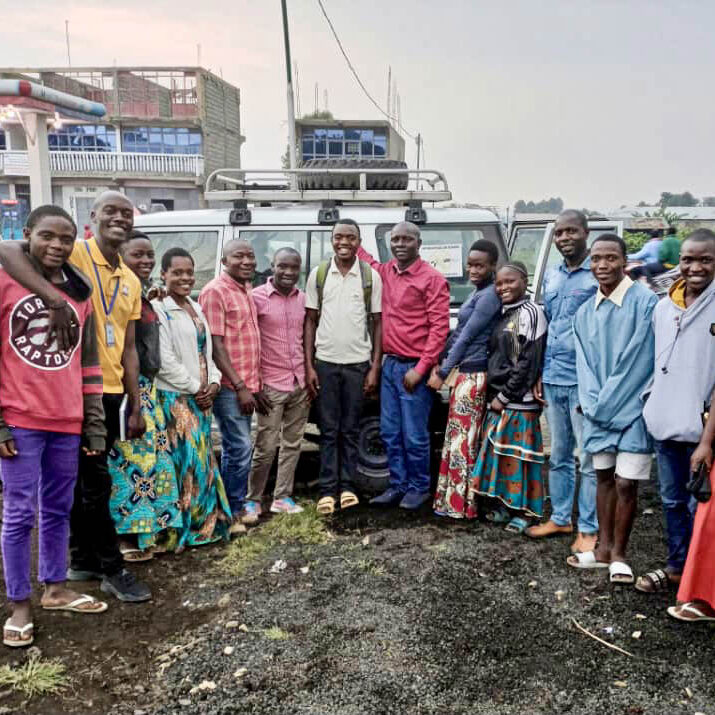 We saw love as families opened their homes to strangers, churches providing shelter to thousands, and schools using their space to house the displaced. We saw love as the Congolese people united to love their neighbor.

We saw love in Exile’s teams bringing food to displaced and hungry families, bringing mattresses and supplies to those who had lost everything. We saw sacrificial, unyielding love as these same teammates chose to serve and love others despite their own exhaustion. They continued to serve despite the fear, stress, and sleepless nights of being jolted awake by the hundreds of earthquakes that continued — nearly every 15 minutes — for a week.

There’s a balance between being overwhelmed at life (and survival) in such difficult places, and being in awe of such brave men and women. Because, in reality, they are some of the world’s greatest superheroes.

The longer I do this work, the more I realize America is not actually the ultimate superpower. Those who experience suffering have a perspective, a spiritual wealth, and a faith that is greater than any other power — they have a sacred vision.

The Congolese people are resilient, beautiful, and joy-filled. They worship in the face of war and dance in the shadow of disasters. They will rise again. May they continue to be our teachers.