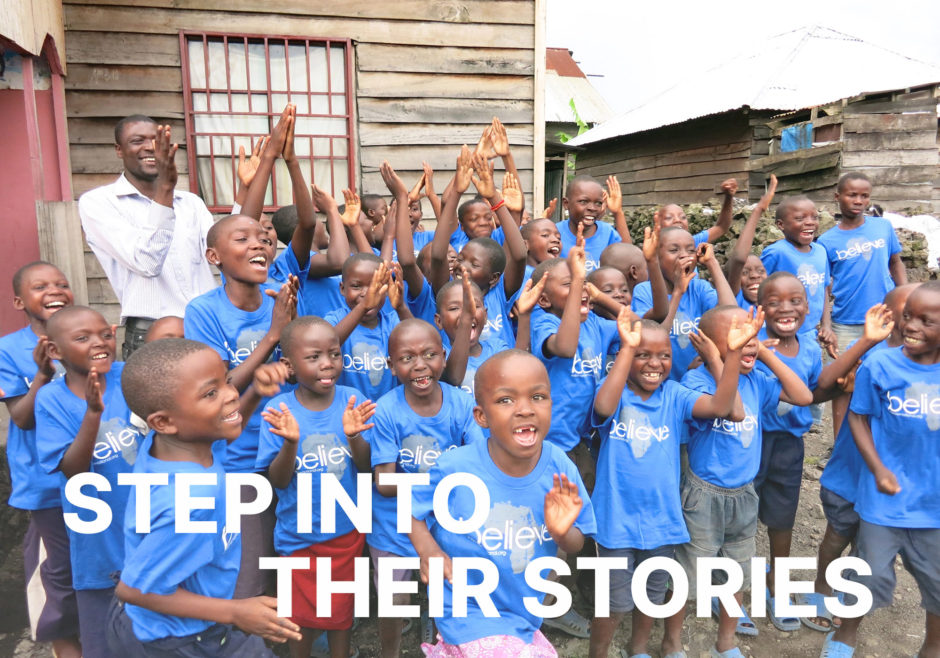 “For all the information I have been given, I am responsible… I am honored to have stepped into the children’s story of healing. They are not what has been done to them. They are not what they were forced to do. They are beautiful, dreaming children in the hands of a redemptive God.

What is greater than their stories of pain? Their stories of survival, forgiveness, and strength. One thing I know: the power seen in the children’s ability to forgive and to dream is stronger than the force of evil that stole their innocence.”

from The Color of Grace by Bethany Haley Williams, Exile’s Founder & CEO 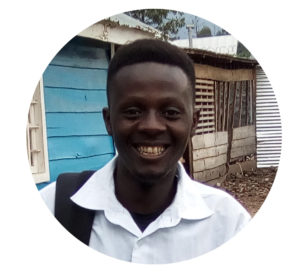 Arthur has faced the horrors of war from an incredibly young age. He grew up in DR Congo. As a little boy, he lost both his mom and dad due to the rebel conflict in their region.

Then, at only seven years old, he was taken to be a soldier in a rebel militia. For a year, Arthur was under the command of a captain in the rebel militia, serving as his personal guard.

“I experienced several difficulties – looting, rape, combat, hard labor, whipping, and no shelter. All of this traumatized me.”

After a year with the rebels, Arthur was rescued. He went through a brief demobilization program and then reunited with some of his surviving family members. Sadly, this was not a safe place to call home. His family, like many in DRC, stigmatized him due to being a former child soldier. Arthur struggled with this and lost hope for living. He began to wander aimlessly.

When Arthur was 11 years old, Exile’s team in Congo connected with him. We welcomed him into our rehabilitative care program and our Peace Lives Center. Through art-focused trauma care, discipleship, education, mentorship, and leadership development, Arthur has found love and healing for his wounds of war.

When he joined our program, Arthur was a Muslim. Through his time with Exile, he came to know Jesus! He has been baptized and is a part of the local church. Once a rescued child soldier, now a leader for peace and ambassador for Christ!

“I praise my God because He saved me. Currently, I preach peace through expressive drama. Long live Exile International!” -Arthur 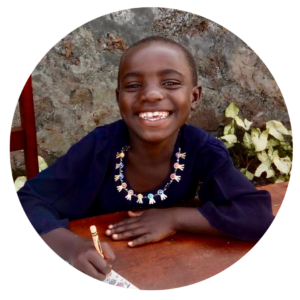 Bella is the youngest of 10 children. When rebels attacked, Bella’s whole village had to flee to the bush for safety. Later, they were able to relocate to a displacement camp, but life was very difficult there.

While in the displacement camp, Bella’s mother became gravely ill and passed away. Soon after, Bella’s father was also lost to the war. She was only four years old.

Through love, care, and affection, our local staff began to see a change in Bella. She went from being angry and violent most of the time, to a happy and playful little girl that enjoys spending time with others. Exile International gave her a sense of belonging and a family that surrounded her with a lot of love, joy, and laughter. Bella loves to draw, color, and read the bible. Her favorite story of the Bible is Joseph’s story.

Come back next week for another story of one of the orphaned children EI serves!

We are a people called to defend the fatherless, to literally visit and care for orphaned children in their distress. Each November, Christians gather to take an intentional stand for orphaned children. Thousands of events take place all across America with the specific goal of living out God’s father heart here on earth.

Orphan Care Awareness Month is your opportunity to rouse your church, community, family, and friends to respond to God’s call to care for orphaned children.