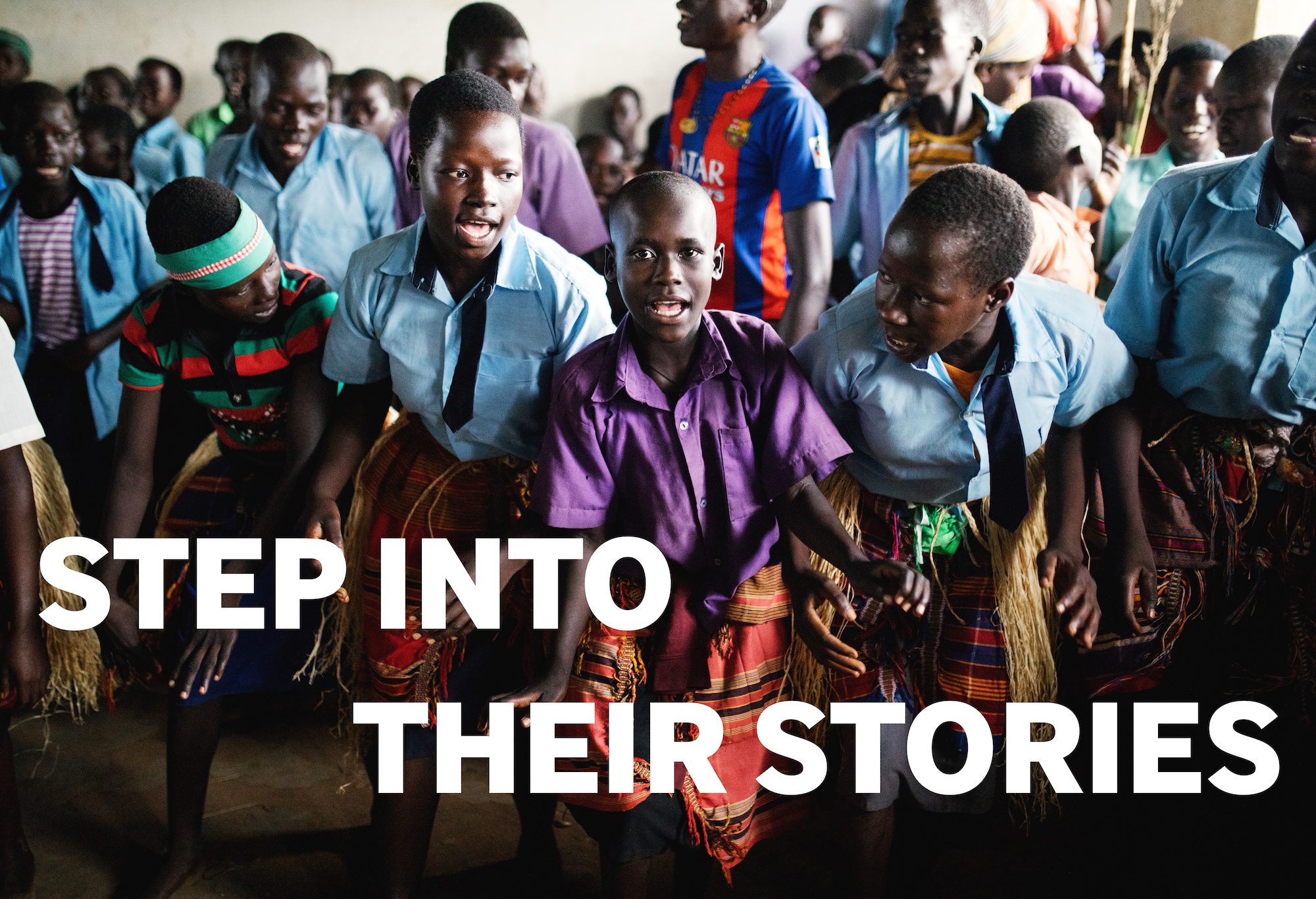 “For all the information I have been given, I am responsible… I am honored to have stepped into the children’s story of healing. They are not what has been done to them. They are not what they were forced to do. They are beautiful, dreaming children in the hands of a redemptive God.

What is greater than their stories of pain? Their stories of survival, forgiveness, and strength. One thing I know: the power seen in the children’s ability to forgive and to dream is stronger than the force of evil that stole their innocence.”

from The Color of Grace by Bethany Haley Williams, Exile’s Founder & CEO

Fiona is the youngest of six siblings. She lost her father in the war when she was 5 years old. Soon after her father’s death, Fiona’s mother became sick and couldn’t care for her children — leaving them to take care of each other. Desperate, her mother had no one to turn to for help, and approached one of EI’s programs in Congo. When Fiona and her siblings arrived at EI’s program, they had signs of malnutrition and trauma. They were welcomed with loving arms and treated as part of the family.

Since being enrolled in EI’s Sponsorship program, Fiona has been able to attend school and has excelled academically. Sponsorship has given her the opportunity to receive counseling and art therapy to help her heal from her wounds of trauma.

Fiona loves to sing and read the Bible. She also enjoys playing with her friends. When she grows up, she wants to be a nurse. 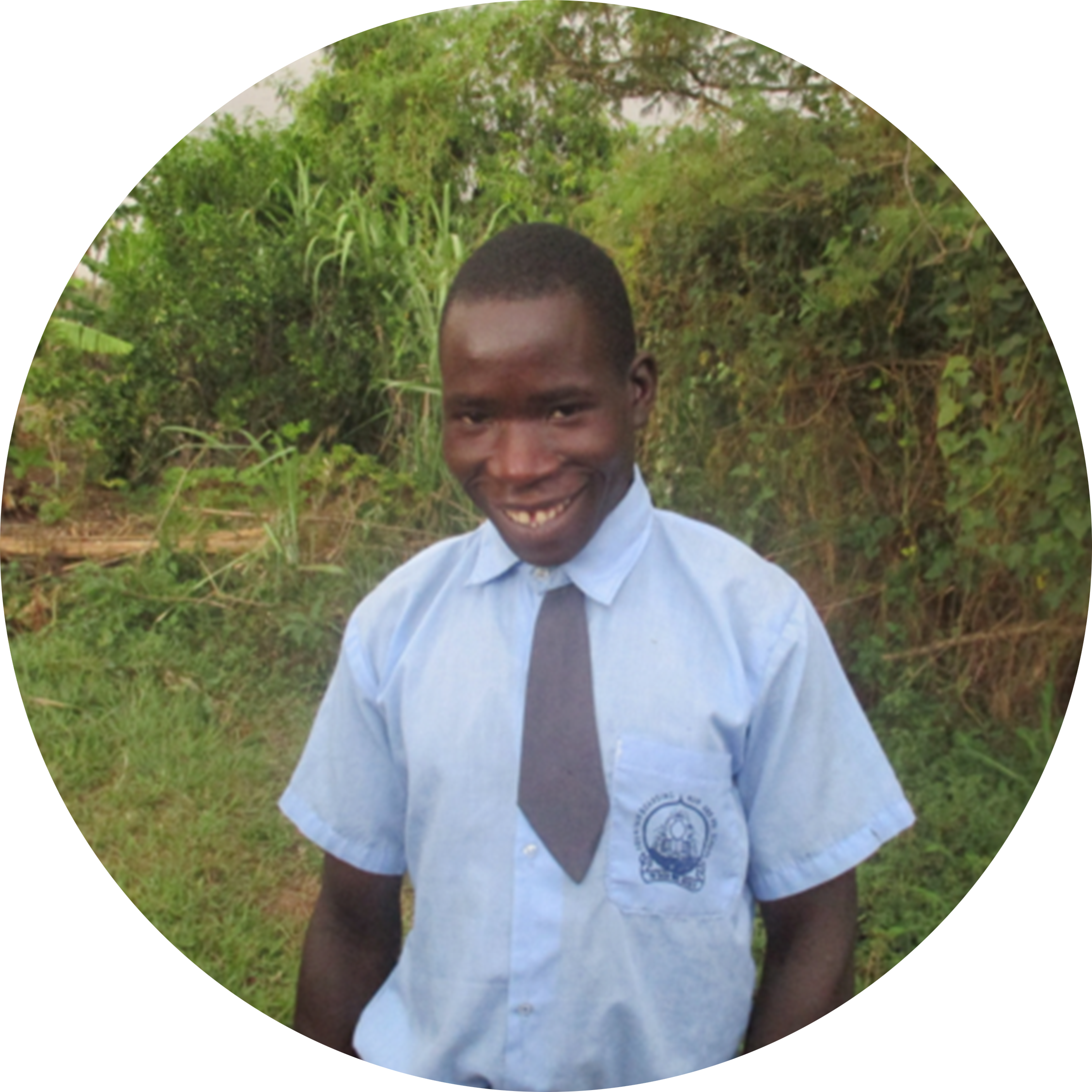 Jonathan is a student in EI’s Child Sponsorship program. When Jonathan was very young, his father was abducted by LRA rebels and was never heard from again. Soon after this, Jonathan’s mother abandoned him and his younger sister.

Jonathan had to look for money to send himself to school and to buy food and other basic needs. “I was disheartened and felt defeated. I totally lost hope because all I saw was no positive future for me.’’

Feeling helpless and hopeless, Jonathan joined a local peace club and was moved by the teachings that he heard. “I felt like I had to do something… I had to change my life.’’ Jonathan had the opportunity to meet with social workers who learned more of his story and were able to counsel him. Eventually, he was admitted to the Child Sponsorship program and was enrolled in school!

Now Jonathan has a positive outlook on life. Since being enrolled in the Child Sponsorship program, he has learned to speak and write in English! His dream is to one day become a teacher.

“I now have a positive vision for my life!” he says.

Jonathan is not just surviving, his life has been transformed and he now has the opportunity to thrive!

Pearl is one of four children, and comes from a village in Northern Uganda. Her father died of HIV/AIDS, leaving her and her siblings with their mother who was HIV positive as well. Soon after her father’s death, Pearl’s mother abandoned her and her other siblings – leaving the four children to care for themselves.

At such a young age, Pearl was forced to act as a parent to her other siblings, even having to administer medication to her youngest brother who is HIV positive. They lived with little to eat, no clothing, and no bedding. Each day they would watch as other village children went to school while they worked in
people’s gardens for hours every day just to earn enough money to buy a cup of beans.

Eventually, Pearl joined a village Peace Club and was enrolled in EI’s Child Sponsorship program. Having been out of school,  Pearl found reading difficult, but she was determined – saying, “One can only fail to perform well in class when she does not know what she wants. I have free meals, beds, books, pens – what then can make me fail?”

Pearl excels in school and continues to have a resolute and determined spirit.

We are a people called to defend the fatherless, to literally visit and care for orphans in their distress. Each November, Christians gather to take an intentional stand for the orphan. Thousands of events take place all across America with the specific goal of living out God’s father heart here on earth.

Orphan Awareness Month is your opportunity to rouse your church, community, family and friends to respond to God’s call to care for the orphan.